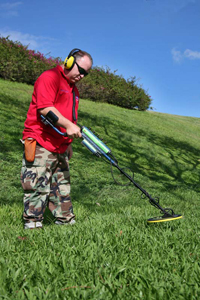 Subsurface Utility Engineering (SUE) is an engineering process that has evolved considerably over the past few decades. It has been used primarily by State transportation departments (DOTs), local highway agencies, utility companies, and highway design consultants. The SUE process combines civil engineering, surveying, and geophysics. It utilizes several technologies, including vacuum excavation and surface geophysics. Its use has become a routine requirement on highway projects in many states.

The terms “designating” and “locating” were developed to differentiate surface geophysics and air/vacuum excavation, respectively.

The value of SUE began to come apparent to highway engineers during the late 1980s. The Virginia Department of Transportation was the first state agency to use it on a regular basis. It soon spread from there into Maryland, Delaware, and Pennsylvania.

SUE itself began to evolve from merely a designating and locating activity.

SUE really took off in the 1990s as more states began using it and more providers began to emerge.

By near the end of the 1990s, even more State DOTs were using SUE and many more providers had emerged. But there was much confusion as to just exactly what SUE was. The leading SUE providers were aware that SUE was a process, not just designating and locating, and were promoting it as such. The FHWA also recognized this important distinction and began urging State DOTs to acquire the services of providers that knew what they were doing. It had become apparent to the FHWA and to other proponents of SUE that there was a great need to quantify the value of SUE and to establish standard guidelines for its use. Hence, two things happened:

When the FHWA began promoting SUE in the early 1990s only a few State DOTs were known to be using it. Today, nearly every State DOT has used it to some extent on highway projects and SUE has expanded into Puerto Rico and Canada. Many state agencies now use the SUE process routinely on every project. In addition, SUE has been used by many local highway agencies, utility companies, and design consultants. SUE has also expanded beyond the highway industry to military, airport, transit, port and other transportation industries.

The growth of SUE has been partially the result of FHWA’s efforts to encourage State DOTs to use it, but most of the credit must go to SUE providers who understood the process and worked tirelessly to sell the concept to potential clients. The elevation of SUE to a new level is also, in part, the result of the following documents:

SUE Definition. The ASCE standard makes it very clear that SUE is a process, not a technology. It defines SUE as a branch of engineering practice that involves managing certain risks associated with utility coordination; utility mapping at appropriate quality levels; utility conflict analysis; utility relocation design and coordination; utility condition assessment; communication of utility data to concerned parties; and much, much more!

How can all these items be SUE? Keep in mind that SUE today is a process. It is no longer just paint marks on the ground or vacuum excavation. These technologies are not even mentioned in the ASCE definition. They may be part of SUE, but then again, they may not be.

SUE Process. The SUE process doesn’t follow any set pattern. Rather it is tailored to individual projects. It essentially involves systematically identifying the quality of utility information needed to design a project, and acquiring and managing that level of information. It works best when it is coordinated by and provided by an experienced and knowledgeable SUE provider. Such an engineer would typically coordinate and perform the following tasks:

In regard to the above tasks, several important things need to be kept in mind:

No matter how many tasks are employed or in what order they are applied, it is all the SUE process.

SUE today is not what it was in the 1980s and 1990s. It continues to evolve very rapidly. It’s not just a technology anymore. The technologies are just the tools for the SUE engineers to use. SUE today it is an engineering process encompassing every aspect of utility-related work in the most efficient, risk-free, cost-effective manner possible.

What does the future hold for SUE? Only a very few people in the early 1980s envisioned what SUE might be today. And only a few people can probably see what it will be in the future. But there is no doubt that it has totally revolutionized the way subsurface utilities are handled on highway projects and many other public works projects. SUE’s growth since the beginning has been phenomenal but may only be the tip of the iceberg.

When it comes to making holes, smaller is better. Surgeons have recognized this fact for years. Keyhole surgery is less intrusive and causes less trauma and tissue damage to the patient, which contributes to a shorter recovery period. The same holds true for cutting holes in roads to access, repair or view buried infrastructure.

Potholing/Keyholing technology provides a cost-saving alternative to common excavation and repair methods, which often require large “open” holes, followed by the removal and disposal of unwanted pavements and soils. These conventional practices – which involve several large pieces of equipment (backhoes, dump trucks, pavement breakers) – can account for 80% of the total cost of a job.

How Potholing/Keyholing technology benefits everyone:

Check out the video below of the keyholing process.